I’m posting my Facebook updates from April 18-19 here to my blog….things scroll away so easily on Facebook, but I would like to remember what happened on this day.

It all began in the late afternoon on April 18 when the FBI posted their surveillance pics of the two suspects….and a new picture showed up on Facebook: 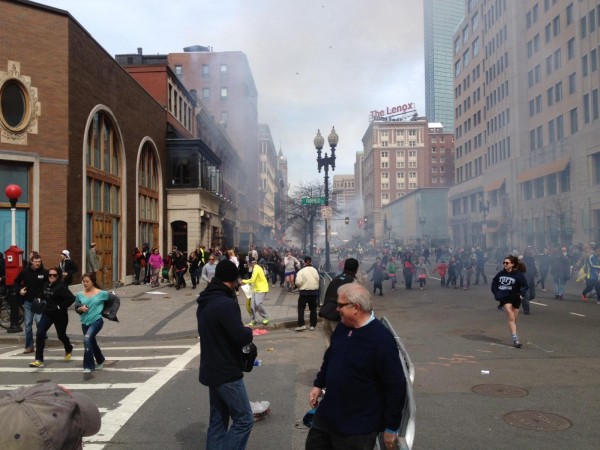 I’ve now seen the larger picture that the one I reposted below is blown up from. It appears to be after the bombs went off, and both suspects appear to be visible in the picture (the other one is, I think, behind the first….can be identified by his khaki colored pants.

I’m sorry if I’m bothering anyone by continuing to post about the Boston bombings. But this is my city, and I’m upset.

The New York Times confirms that the photo posted on the Internet earlier this evening is genuine, and that the FBI is picking it up from the guy who took the shot.

WTF is going on tonight…. Cop killing at MIT in Cambridge and now craziness in Watertown with huge police presence, live CNN, and rumors of more explosives.

One bomber in custody (according to Boston Globe) the other still at large.

WCVB Boston news TV says one Boston Marathon suspect is dead (suspect #1) and the other guy is still at large. They also shot another officer, who is in surgery. The guy who was on the ground and later forced to remove his clothes is apparently not a suspect….he was released. CNN is still not reporting these details, but the local Boston sources are. People living in Watertown have been warned not to open their doors to anyone who can’t prove he’s a cop. There are also rumors, not confirmed although rumored all over the place, that suspect #2 is the missing university student who disappeared a month ago. (This turned out to be distressingly and embarrassingly wrong).

Jeez, a bunch of the towns near me are shut down….people can’t travel on the roads and should stay in their homes. Businesses not allowed to open. People in Watertown, Cambridge, Newton, Waltham, Arlington, Belmont, Allston, Brighton, and several other towns are ordered not to leave their homes, and businesses are not allowed to open. This is a huge area! No cars on roads. The MBTA is shut down. Never heard of anything like this in my entire life.

It’s like martial law around here. Everything is locked down….universities, businesses, all public transportation. The terrorists are apparently Russians from the Chechnya region, according to the AP.

I went to sleep for a while (after being up all night following developments) and was sure they’d have caught the guy by the time I woke up. But no, apparently not…. everything is still on lockdown.

Minor detail…students at my old universities of Boston College and Harvard University are reporting they are hungry…after hours of being locked in their dorms and not permitted to leave for any reason. Hope they catch this guy soon! 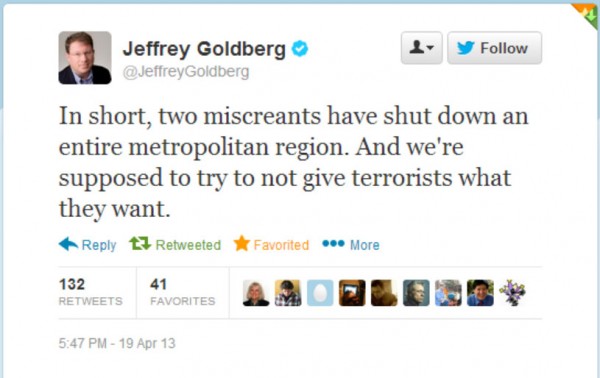 The craziness continues: My daughter reports that her best friend (and virtual brother) lives 100 yards from the bombers’ apartment and has been locked in his place all day while swat team march around outside and helicopters fly overhead.

Boston police press conference going on now: People now being released from “Do not leave your home” order. The guy is still out there, but the city is reopening.

Shots fired in Watertown….suspect might be hiding in a boat in someone’s back yard. 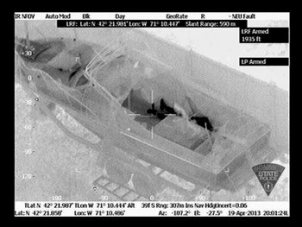 Alive. In custody. It appears to be over.

Very thankful that Boston’s recent nightmare has ended. Thinking of all those people who were killed and injured — all the lives that have been ended or drastically changed. Love and compassion for all those who have been affected by these terrible events. Boston Strong. Boston Proud. 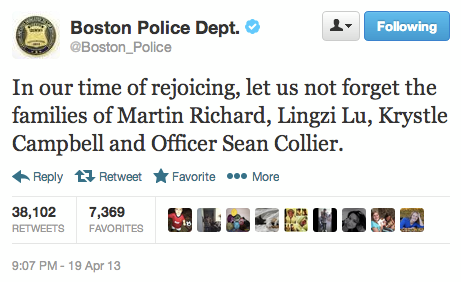 Let’s remember the people who lost their lives. 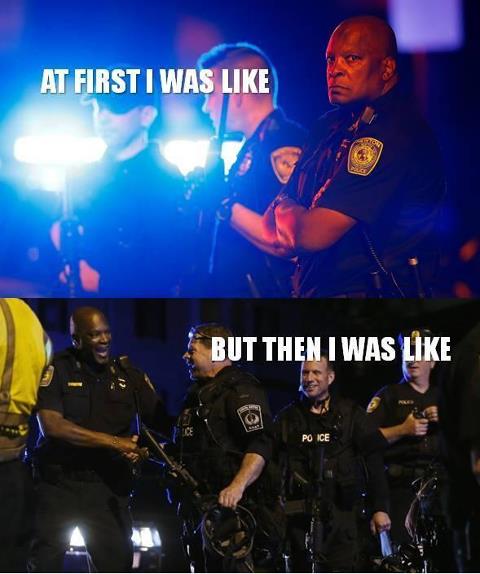