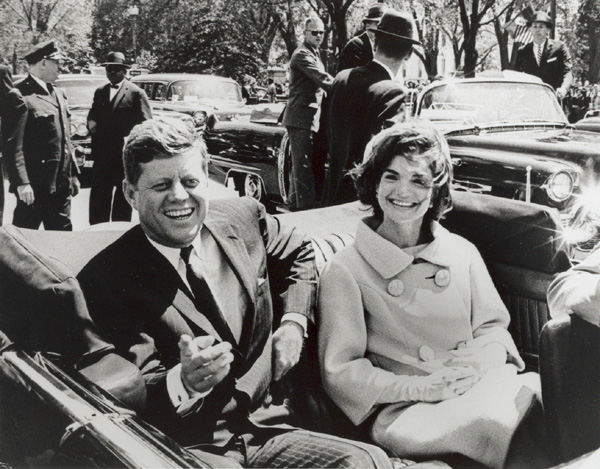 I was taking a geometry test in my 10th grade classroom at Winchester High School when the PA system crackled into life. It was last period, and there was always an announcement at the end of the day, so what it initially meant to me was, damn, I only have a couple of minutes to finish this test.

“President Kennedy has been assassinated in Dallas,” the principal told us.

Somebody started to cry. I dropped my pencil and sat at my desk in shock. Assassinated? My brain tried to process this seeming impossibility. The only context I had for the word “assassination” was President Lincoln. People did not get assassinated in 1963. Murdered, yes. But the murder of a major US political leader? Wasn’t that something out of our less civilized past? During the next few years, of course, my innocence regarding political assassination was stripped away. By the time someone shot Bobby Kennedy, I was cynical enough to say, “Well, yeah. Of course. No surprise there.”

Heading for my locker that afternoon, I missed my exit from the staircase and wandered around on the wrong floor for a while before I realized where I was. The young, vibrant, clever President who was the daddy of those cute little kids was dead (dead???) and now my locker had vanished? Who needs a locker, anyway? Trivial.

Somehow I got myself home from school. “Have you heard the news?” cried my mother as I walked in the door. I nodded and locked myself in the bathroom to sob. Mum adored Kennedy. She had secretly voted for him when my father and my older sister (who unlike me, had been old enough to vote) had wanted Nixon. But even my dad had come around by now to being a Kennedy fan. JFK was charming, witty, smart. His press conferences were always a delight. He had faced down Khrushchev and sent astronauts into space. Watching him on TV was mesmerizing. 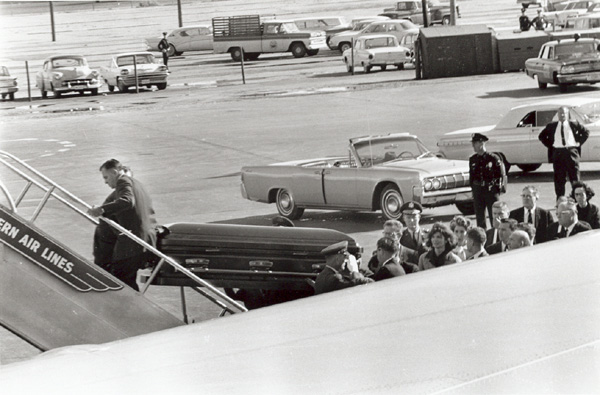 “Kennedy would have made a good king,” my father used to say.

For the next four days, I, with the rest of the country, stared at the coverage of the first live TV event that had ever really mattered, watching while commentators, producers, reporters, and cameramen tried to cope with the epic challenge that had so unexpectedly come upon them. We saw the arrival of Air Force One in Washington and the unloading of the President’s coffin–the first tangible proof that what we had been hearing for several hours had really, truly happened. Mrs. Kennedy’s bloodstained suit. The new President, whom I didn’t like, giving his short speech in front of dozens of microphones at the air base, trying to reassure the country that an orderly transition was in place. Not that I cared about that. Not one bit. All I cared about was the stunning fact that the first politician I had actually respected and admired was lying there dead in that box, his head blown apart. 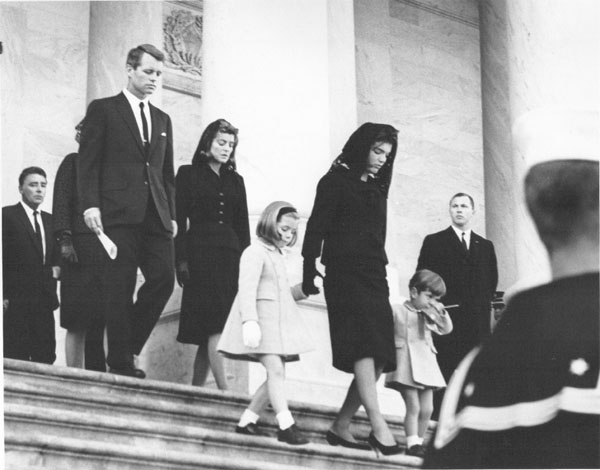 Mrs. Kennedy and the children leaving the White House for the funeral. Kennedy Library.

Those of us who were living at the time witnessed so much that weekend. We saw the confusion as the press reported things that were untrue–something that still happens today despite our greatly improved technology for gathering and reporting the news. We saw Oswald shot in front of our eyes. Mrs. Kennedy with her long black veil and her amazing composure. The riderless black horse. The leaders from all over the world who came to the funeral and marched in the long procession. The sincere and obvious grief of the faces of so many people. John-John’s heartbreaking salute as the horse-drawn caisson went past him.

I also saw my father cry for the first time ever, a shocking and even frightening thing.

This was the real loss of innocence for my teenage self. My cynical self was born that day. Nothing has ever really surprised me ever since, particularly when it comes to man’s inhumanity to man.

Something else died for me then, too. Religion. Kennedy’s baby son had been born prematurely just a couple of months before, in the summer of 1963. Baby Patrick. The child’s lungs were not fully developed, and his doctors could not save him. The baby had died after only a few days of life. I was young, and I was struggling to make sense of this tragedy. How God could allow such a thing. I had cried and prayed and struggled with the realization that such a thing could happen. I thought I had convinced myself that God must have a greater plan. But when that baby’s father was murdered on that bleak November day, any belief I had in a just God or a universe that operated with some sort of master plan was crushed forever. Fifty years later I have never seen, felt, or learned anything that could change my mind about the randomness of human existence…and I have searched. I’ve read, studied, prayed, meditated, even communed with the Great Goddess. I seriously considered graduate school in theology as I attempted to learn, to understand, to discover faith. Nada. Don’t talk to me about God. He–or She–died for me on that day in Dallas fifty years ago.

As for politics, what a joke. We later learned a lot, of course, about Kennedy that cast him in a not so heroic light, but even so, there has never been another President since with his leadership skills, his panache, his political skill with foreign leaders, his charismatic ability to inspire young people. What might he have accomplished had he lived? Impossible to know.

Thank you for sharing. Xx

History is amazing and sad sometimes… Thanks for shairng